The following is Elena Faccenda's interpretation of our newly-released song "Don't Block the Sun". Elena Faccenda is a London-based fine artists with a training in comics art; check out her website http://elenafaccenda.wixsite.com/mysite.
After listening to our song, Elena thought of an individual who struggles to reconcile his society-molded body with his unconscious artistic self.

The protagonist of the comics sees his creative self in the reflection of the mirror, who breaks out of it and tries to persuade the protagonist to abandon his meaningless life. The protagonist appears angered by such behaviour and later engages in a fight against his doppelganger, which results in the overpowering of cold rationality at the hands of creativity.           "Don't Block The Sun" (Audio) 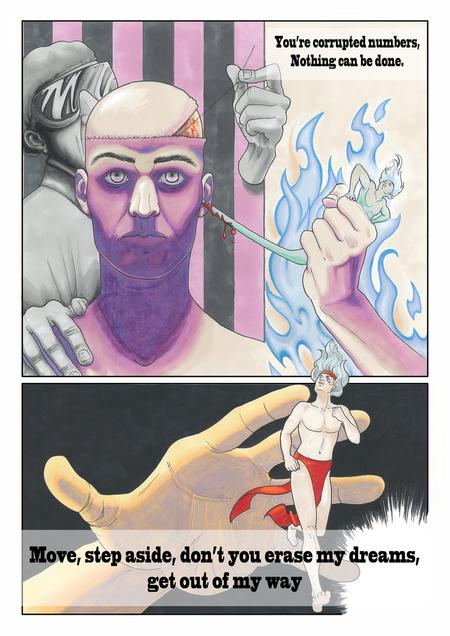 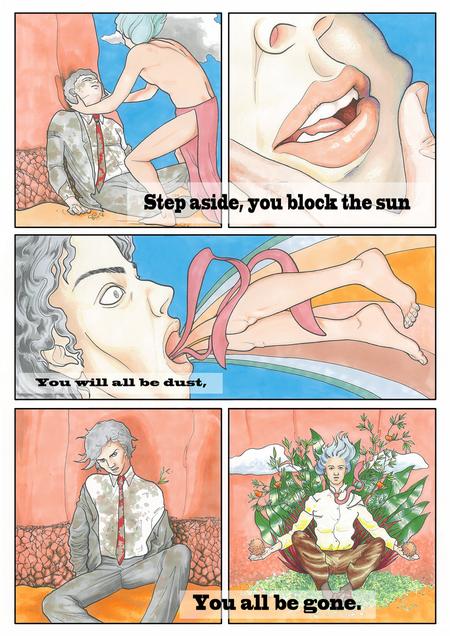 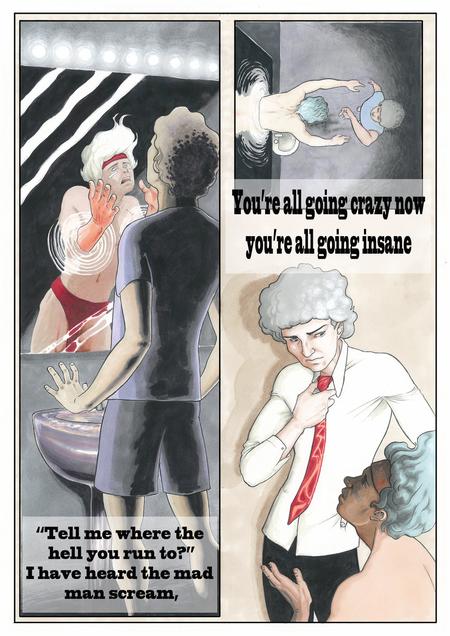 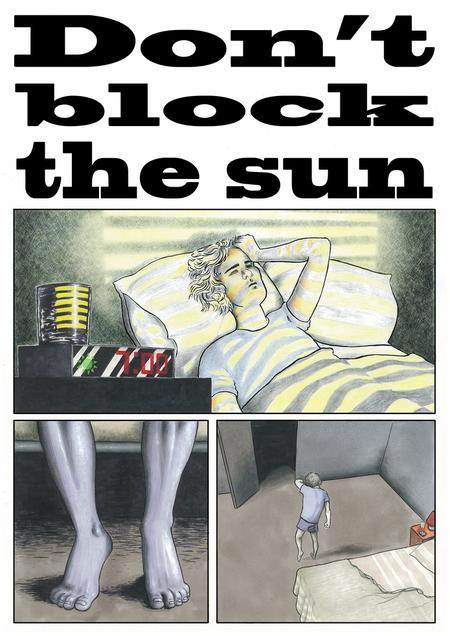 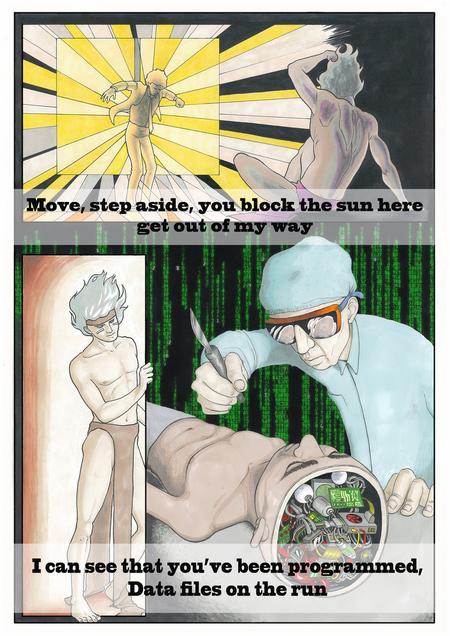 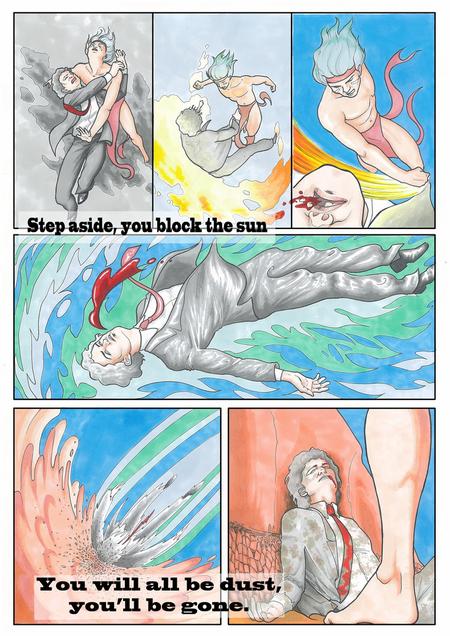 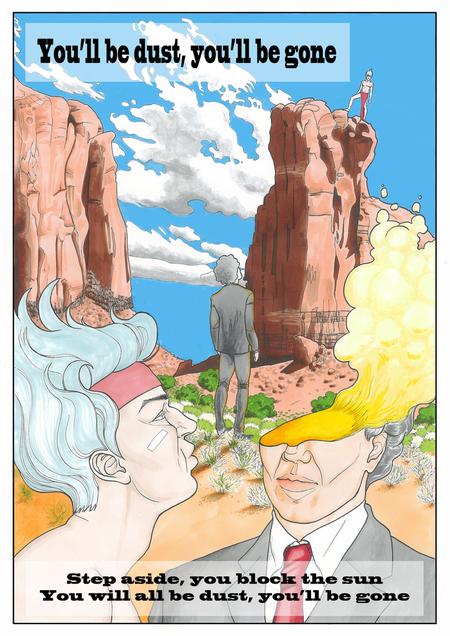 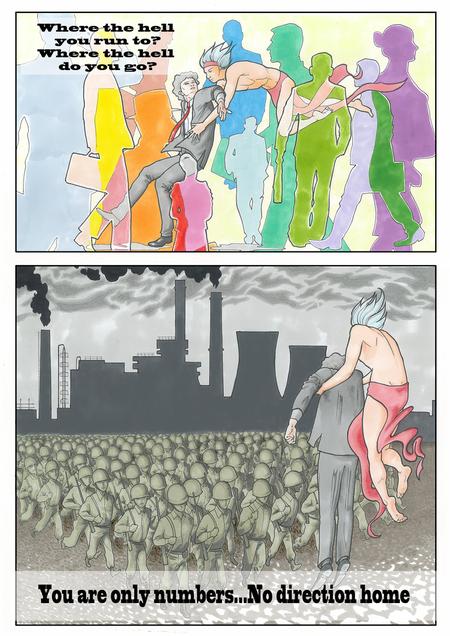 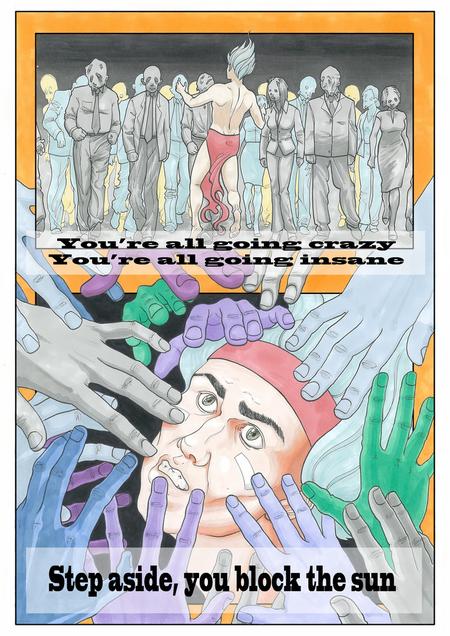 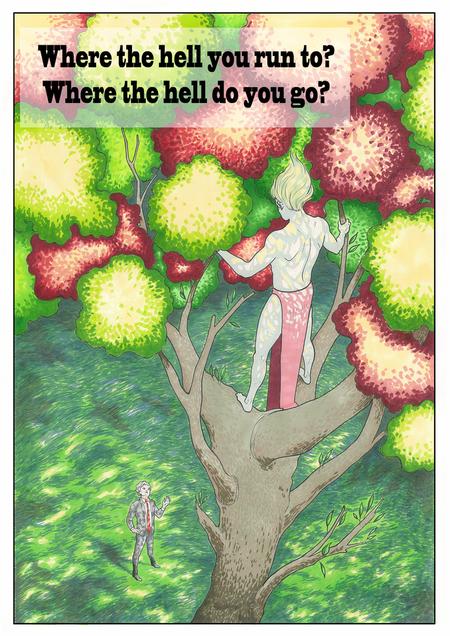